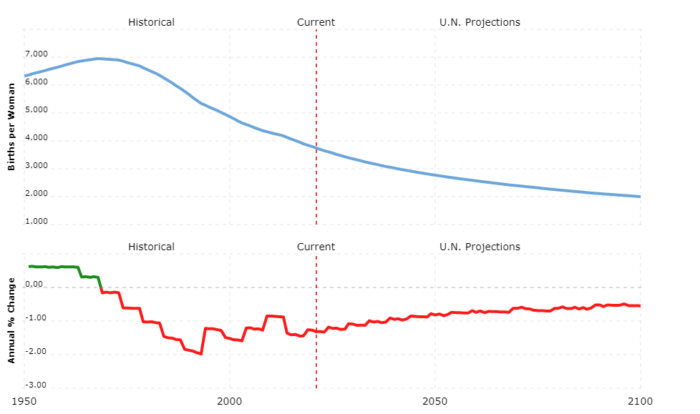 Ghana is a West African state that borders the Ivory Coast, Burkina Faso and Togo, as well as the Gulf of Guinea in the south, which is part of the Atlantic Ocean. The capital and largest city of Ghana is Accra with over two million residents, the second million city in the country is Kumasi. Ghana, then called the Gold Coast, gained independence from Great Britain on March 6, 1957.

Ghana is a multi-ethnic state and regionally strongly influenced by the various ethnic groups. The largest ethnic groups are the Asante (Ashanti), who mainly live in central Ghana, and the Fante (Fanti), who live in the coastal regions.

Due to its good economic situation compared to other African countries, Ghana is also a country of immigration, mainly for migrants and refugees from neighboring countries. Global tourism is also becoming increasingly important in Ghana.

The official language of Ghana is English, but French is an important foreign language because the country is surrounded by francophone countries. According to a 2015 survey, around 2,000 people in Ghana are learning German.

The Republic of Ghana is a presidential democracy and is based on the 1992 constitution. The president, who is also head of government, is directly elected by the Ghanaians for a term of four years. Ghana is divided into ten regions, which are administered by the respective regional ministers. These in turn consist of a total of 213 districts, each of the so-called District Chief Executives respectively. Municipality Chief Executives and the District Assemblies are administered. These are appointed by the President.

Ghana is considered to be one of the most stable democracies in Africa. The last presidential election took place on December 7, 2016 and was peaceful. Here, the candidate of the New Patriotic Party (NPP), Nana Addo Dankwa Akufo-Addo, prevailed against the previous incumbent John Dramani Mahama (NDC) with 53.8 % of the vote. His party (NPP) has an absolute majority in parliament. The opposition is the National Democratic Congress (NDC) party; no other parties are represented in parliament.

The economic situation in Ghana has steadily improved over the past few decades, which is due in particular to the country’s increasingly stable political situation. In addition, Ghana has a great wealth of natural resources and mineral resources, such as gold, oil and cocoa, through which the country has been able to establish trade partnerships worldwide. Ghana has been classified as a low-middle-income country by the World Bank. After a strong economic boom in the early 2000s, the country has seen lower growth rates in recent years. This was due, among other things, to difficulties in oil production. Economic growth of 8% is forecast for 2018 if oil production stabilizes and the situation in other branches of the economy also improves. The main exports of the country are oil, gold, cocoa, nuts, wood and manganese ore. Ghana’s main customer countries are Switzerland, India, the United Arab Emirates, China, Vietnam, the Netherlands and Burkina Faso. The main import goods are cars and delivery vans, rice, cement and frozen fish. The most important trading partners for the import of goods are China, the United Kingdom, USA, Belgium, India, Germany, France, South Africa and the United Arab Emirates.