Indonesia and Germany have a long-standing partnership in scientific and technological cooperation. Exemplary projects were or are the establishment of a tsunami early warning system, a water management system in a karst region and the construction of a geothermal system with future-oriented technology. 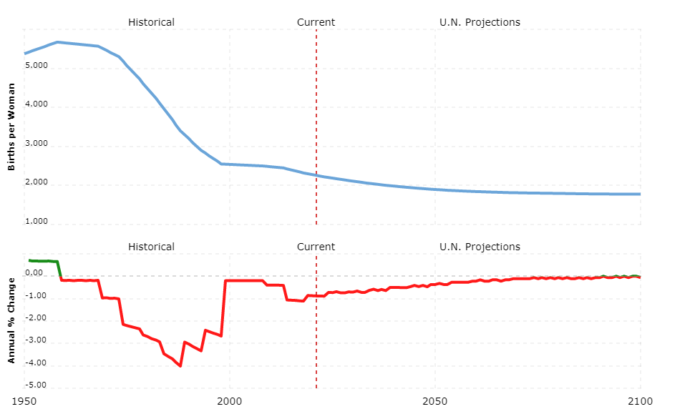 Indonesia consists of 17,508 islands, making it the largest archipelago state on earth. The islands are located in the equatorial region at the transition between the Indian and Pacific Oceans and thus form the bridge between the two continents Asia and Australia.

The national territory covers a land area of ​​1.904 million km² and is thus five times larger than Germany. Indonesia is the fourth largest country in Asia. The largest extension in north-south direction is about 1,870 km, the largest east-west extension even over 5,000 km, more than an eighth of the circumference of the earth.

Some of the approx. 6000 inhabited islands are among the largest in the world (after Greenland): New Guinea, whose western half, Papua Barat, formerly Irian Jaya, belongs to Indonesia, while the eastern part of the island forms the state of Papua New Guinea – also Kalimantan (Borneo), the northern part of which belongs to the national territory of Malaysia or Brunei.

In the north of Indonesia is the South China Sea, the Northeast is the Celebes see the border with the Philippines, in the south the Timor Sea and the Arafursee between the island nation and Australia. To the west, the Strait of Malacca separates the Indonesian island of Sumatra from the Malay Peninsula.

The individual islands are divided into island groups: Java, Sumatra, Kalimantan (Borneo) and Sulawesi (Celebes) together form the Great Sunda Islands. The chain of islands between Bali and Timor is known as the Lesser Sunda Islands. To the north of them, between Sulawesi and New Guinea, is the Moluccas group.

All the large islands are criss-crossed by impressive mountains, the highest peaks of which are between 2,000 and 3,800 m above sea level. NN lie. The highest mountain in the archipelago, however, is the Puncak Jaya (5,030 m) in the province of Papua Barat (New Guinea).

The Indonesian mainland is, geologically speaking, still young. The islands lie on the edges of three plates of the earth’s crust, the Indo-Australian plate, the Pacific plate and the Eurasian plate. When these plates collided, the chain of islands was lifted out. This happened at the same time as the Alps were formed in Europe. The numerous earthquakes and the still active volcanoes testify that this process has not yet been completedthat cover the islands. Of the 400 volcanoes, most of which are over 2,000 meters high, over 100 are still active today. Most of the volcanoes are located on the arching islands of Sumatra and Java all the way to Timor. Some of them are over 3000 m high, the highest volcano is Gunung Kerinci on Sumatra at 3,805 m.

The country’s famous rice terraces are also found on the slopes of the volcanoes. Despite the dangers, a large number of people settle there again and again, as the soils are very fertile due to their volcanic origin. The terrace extension ensures optimal use of the space. With good climatic conditions, up to three harvests per year are possible.

Climatically, the islands lie in the area of ​​the inner tropics (mainly south of the equator). The tropical climate is characterized by two monsoons. The dry season is from June to September, the wet from October to April.

The monsoons in Indonesia are less pronounced than on the Asian continent. The archipelago has a balanced, maritime climate in which there is no real dry period. In general, there is very high humidity in Indonesia and, as a result, in most places there is a rainfall of over 2000 mm per year.

The pronounced regional differences that result from the numerous mountain ranges and the constant change of land and water masses play an important role for the country.

The temperatures are consistently high all year round, they reach an average of around 27 °C, with regional fluctuations due to the different altitudes. In the more than 5,000 m high mountains in New Guinea there is even snowfall.

Indonesia is a presidential republic. The president is also head of government and appoints and dismisses ministers. Since 2004 the president and with him the vice-president have been elected directly by the people for five years; direct re-election is only possible once.

The national parliament (DPR) has 575 members, who were last elected on April 17, 2019 in 77 constituencies by proportional representation with open party lists. The new parliament was constituted on October 1, 2019.

The representation of the DPD regions, sometimes called the “Senate” or regional chamber, was also newly elected. There are 136 directly elected MPs – four from each of the 34 provinces – active in it. The DPD has advisory and suggestion rights, but no legislative powers and is therefore not comparable with the German Federal Council.

The Constituent Assembly (MPR) consists of the 575 members of the Parliament (DPR) and the 136 members of the Regional Chamber (DPD). The MPR, which meets only rarely, is only responsible for constitutional amendments and the inauguration and impeachment proceedings of the President and Vice-President.

The 34 provinces have numerous self-government powers, which are exercised by provincial parliaments (DPRD – also newly elected in 2019) and by the governors who have been directly elected by the people since 2004. The provinces of Aceh, Papua and West Papua as well as the capital city Jakarta have a special status with extended autonomy rights.

Relationship between state and religion

Indonesia is the country with the most Muslims in the world, but not an Islamic state. The constitution guarantees freedom of religion within the framework of six officially recognized religions (Islam, Buddhism, Christian Church, Catholic Church, Confucianism, Hinduism). The constitutional specification of the “Pancasila”, from which this is derived, contains five pillars: (1) belief in one God, (2) respect for human dignity, (3) national unity, (4) democracy and (5) social justice. In various parts of the country, supporters of religious minorities (Ahmadiya, Christians, Shiites) are repeatedly exposed to administrative disadvantages, threats or even acts of violence by members of the religion of the local majority. Such incidents do not reflect government policy, however, make clear deficits in the protection of minorities and in the rule of law. The majority of the Muslim majority of the population continues to represent a pronounced tolerance towards other religions in their religious practice.

On October 20, 2019, the PDI-P politician and former governor of Jakarta, Joko “Jokowi” Widodo was sworn in as the seventh President of the Republic of Indonesia. Previously, he had prevailed in the presidential elections on April 17, 2019 with 55.5% against his rival Prabowo Subianto from the Gerindra party. Ma’ruf Amin serves as Vice-President under Widodo. With a turnout of 81%, Indonesian democracy emerged stronger from the 2019 election year. The election marathon – new provincial and district representatives were also elected – took place on just one day.

In 2019, 16 parties nationwide and a few other local parties in the special status of Aceh province stood for election. Nine parties managed to get into parliament by jumping over the 4 percent hurdle, the PDI-P of the former president and daughter of the founder of the state Sukarno, Megawati Sukarnoputri, prevailed as the strongest parliamentary group, followed by Gerindra, the party of the defeated Presidential candidate Prabowo Subianto, and the former state party Golkar. The party of the former President Yudhoyonos (Partai Demokratie) had to take another setback, Islamic parties recorded slight increases and a share of the vote of around 30%.

On October 23, 2019, President Widodo presented his 34 ministerial cabinet. In addition to 16 technocrats, the cabinet comprises 18 politicians from the PDI-P, Gerindra, Golkar, PKB, NasDem and PPP parties (a total of 426 of 575 seats in parliament). The opposition consists of three parties with a total of 149 seats.