Italy is actively trying to expand international cooperation. This is especially true for partnerships in numerous EU projects. The cooperation with Germany is also constantly developing. 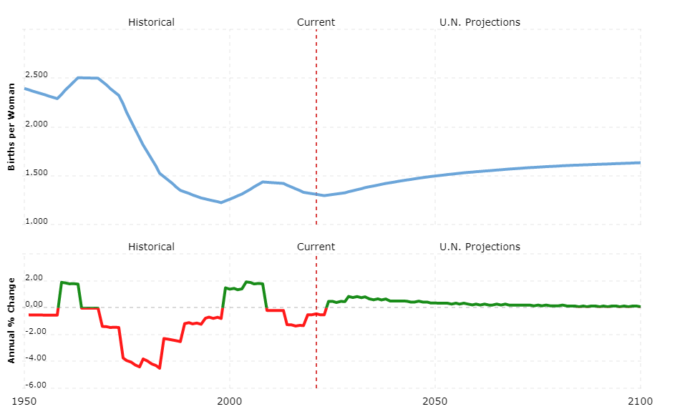 Italy’s form of government has been a republic since a referendum in 1946. Head of state is after the 1948 Constitution came into force elected by both houses of parliament and representatives of the Regions for seven years President, the current incumbent is since February 2015 Sergio Mattarella. The parliament consists of two equal chambers with almost identical powers in the legislative process (“ bicameralismo perfetto“): The House of Representatives (630 members) and the Senate (315 senators, six so-called senators appointed by the President for life), which result from free and secret elections. The separation of powers and a constitutional court are constitutionally anchored. Administratively, Italy is divided into 20 regions (five of which have special autonomous status), 103 provinces and over 8,000 municipalities. The judiciary is independent. Until 2005, Italian suffrage was a combination of majority and proportional representation. After the failure of the constitutional reform by Matteo Renzielectoral reform had become inevitable through the disempowerment of the Senate and the abolition of the bicameral system on December 4th, 2016. In contrast to the Italicum passed (but never applied) by the Renzi government in 2015, which thanks to a strong winner’s bonus should bring about clear majorities in parliament, the new system is very proportional. The Rosatellum stipulates that two thirds of the seats will be allocated proportionally via party lists. Another third is awarded in one-man constituencies according to the majority principle. There is a hurdle of three percent for parties and ten percent for party alliances. The Rosatellum thus favors alliances between smaller parties.

After Silvio Berlusconi’s resignation in 2011, Mario Monti and his “technocratic government” headed the government in November of the same year. In December 2012 he resigned after losing parliamentary support. The new elections in February 2013 plunged the country into a domestic political crisis with an unclear majority. Only after lengthy negotiations was it possible to form a coalition of his PD, the Popolo della Libertà (PdL) von Berlusconi and the center party around Monti at the end of April 2013 under the leadership of Enrico Letta (PD). As the successor party of the PdL, the re-established old Berlusconi party “ Forza Italia“In November 2013 from the coalition government. A PdL spin-off – ” Nuovo Centro Destra ” – remained at the same time in the governing coalition and ensured a sufficient government majority in both houses. Under pressure from the party chairman of the PD elected in December 2013 and previous mayor of Florence, Matteo Renzi, Enrico Letta resigned as head of government in mid-February 2014. The Renzi government, sworn in by the President on February 22, 2014, was the youngest cabinet in Italy to date. The focus of the government work, the implementation of a wide-ranging reform program that both institutional reforms such as the change of the electoral law stand (so) and the restructuring of the Senate as well as reforms in the areas of labor market policy, justice and administration. After the failure of the referendum on constitutional reform, Prime Minister Renzi resigned. Foreign Minister Paolo Gentiloni was Prime Minister from 13 December 2016 and was still in office after the elections in March 2018.

On May 31, 2018, Giuseppe Conte was commissioned by President Mattarella to form a government and sworn in as Prime Minister on June 1, 2018. The election winners Movimento 5 Stelle (MS5) and Lega Nord are the new governing parties. According to the government, the main focal points include migration (Lega) and unemployment (MS5). In October 2018, the Italian parliament passed a controversial budget law that provides for new debt of 2.4 percent of economic output and no debt settlement.