There are a number of public holidays that do not have a fixed date, but are based on the time of Easter. Easter falls on the first Sunday following the first full moon after the beginning of spring. Lent, which lasts 46 days, begins on Ash Wednesday and ends on Holy Saturday. Pentecost is 50 days after Easter. The Corpus Christi festival is celebrated on the 2nd Thursday after Pentecost. All Saints’ Day is celebrated for Orthodox Christians on the 1st Sunday after Pentecost, but for Catholic Christians the date is fixed on November 1st. On October 31, Protestants celebrate Reformation Day. The Halloween festival also takes place on this day. 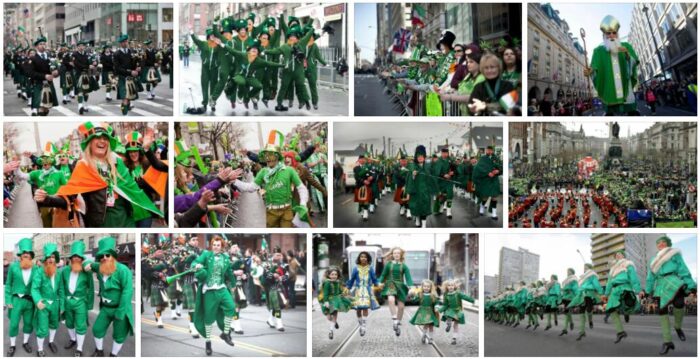 In Great Britain and Ireland there are the so called “Bank Holidays”, which were first introduced in 1871 by the “Bank Holidays Act”. In general, today’s Bank Holidays are set for New Year’s Day, Good Friday, Easter Monday, May Day, the last Monday in May, the last Monday in August and the Christmas holidays from December 25th to 26th. In Northern Ireland there are also St. Patrick’s Day and the “Battle of Boyne” holidays. As a citizen-friendly rule, the rule was introduced that if a public holiday, such as December 26th, falls on a Sunday, then December 27th is also declared a bank holiday.

The following events take place each year in Northern Ireland:

The ideas of what is meant by a particularly favorable travel climate depend on a number of factors. Pure cultural travelers certainly see the climate differently than people who want to spend a pure beach holiday, for example. The state of health or age can also play an important role. However, winter is primarily suitable for cultural or comparable activities

The following table shows the climate data for Northern Ireland. It should be noted that the climatic conditions in different regions of the country can differ from each other and therefore also from the values ​​shown. In addition, the monthly temperature averages have little informative value with regard to the minimum or maximum temperatures. It is possible that at average temperatures of around 20 °C maximum values ​​of 30 °C or more occur. The table therefore only provides a general overview of the climatic conditions in Northern Ireland.