The term “countries” in the selection list includes states, provinces and territories. It does not reflect the position of the federal government regarding the status of a country or region.

Taiwan and Germany are linked by an increasingly close collaboration in research and innovation. Taiwan is particularly interested in Germany’s energy policy developments and the associated development of green technologies. Overall, German-Taiwanese contacts in the scientific field on future topics such as urbanization, aging societies, the environment and renewable energy are continuously intensifying. Taiwan has unofficial representations in Berlin, Hamburg, Munich and Frankfurt. There is also a Taiwanese science officer working in Bonn. 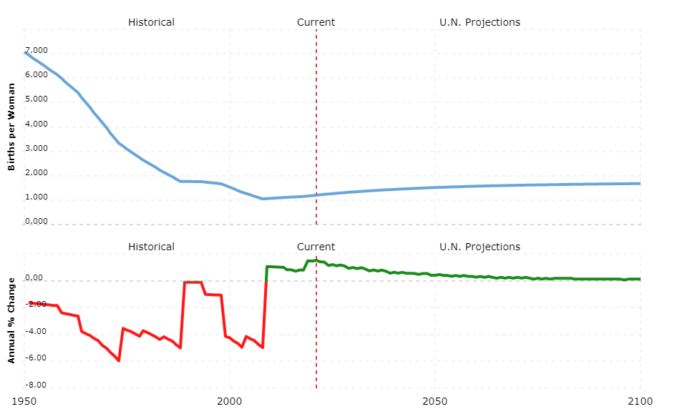 The parliamentary elections on January 11th, 2020 ended with another victory for the Democratic Progressive Party (DPP), despite the loss of votes. The new parliament is scheduled to meet on February 1st, 2020. In the 10th Legislative Yuan, the DPP has 61 of the 113 seats. The Kuomintang (KMT) won 38 seats. Five seats were given to the Taiwan People’s Party (TPP), three seats to the New Power Party (NPP), one seat to the Taiwan Statebuilding Party (TSP) and five seats to independent candidates (as of January 2020).

Taiwan was the retreat of the national bourgeois government of the Kuomintang (KMT), which ruled China from the fall of the Empire in 1911 until its own defeat by the Communists in 1949. From 1895 to 1945 Taiwan was a Japanese colonial area.

The state structure is essentially still based on the constitution of the Republic of China, founded in 1911. Martial law prevailed in Taiwan until 1987. This was followed by successful democratization, characterized by the separation of powers, a multi-party system, free elections, freedom of opinion, assembly and religion, a pluralistic press, the rule of law and a lively civil society.

Since 1996 the president has been elected directly by the people for a period of 4 years. The president appoints the prime minister, who does not have to be approved by parliament (legislative yuan).

On January 16, 2016, Tsai Ing-wen, the leader of the until then opposition Democratic Progressive Party (DPP), was elected president. At the same time, the DPP also achieved a majority in parliament for the first time. The last presidential election took place in parallel to the parliamentary elections for the 10th Legislative Yuan on January 11, 2020. Tsai Ing-wen defended her position with 57.13 percent of the vote.

Taiwan is a highly developed, heavily export-dependent market economy which, due to its political isolation, tries not to be marginalized and to remain competitive in the face of increasing bilateral and regional mergers. With around 23.6 million. Population and GDP of $ 589.5 billion ($ 25,048 per capita) in 2018, Taiwan ranks 22nd among the world’s economies.

Taiwan positions itself as a reliable trading partner with very well-trained, dynamic specialists, a good transport, communication and IT infrastructure, legal security, investment and innovation-friendly framework conditions, high quality of life, a small domestic market (population like Australia) but with a strong Demand for branded products, an ideal geographical location in the Asia-Pacific region and above all with good connections to the nearby People’s Republic of China.

A study by the Asian Development Bank sees Taiwan at the forefront of the knowledge-based economies (ahead of Hong Kong and Japan) in Asia. In the “ Global Competitiveness Report ”, Taiwan is repeatedly given good marks (12th place, status 10/2019), especially as an innovative location with a strong research and development base. In the “ Economic Freedom Ranking ” of the Heritage Foundation, Taiwan ranks 10th, in Asia only behind Hong Kong and Singapore (as of 11/2019). Taiwan is particularly praised for its efficient business environment, especially low corporate taxes and the relaxation of regulations on the minimum capital of companies.

Taiwan itself wants to establish itself as a research and development location and concentrate on training-intensive high technologies. Today the GDP is only approx. 2% from the contribution of agriculture, almost 35% from industry and around 63% from the share of the service sector. Taiwan positions itself in future technologies, Industry 4.0 (here: “ Smart Machinery ”) and is increasingly promoting young entrepreneurs and start-ups. Taiwan has numerous public and private research institutes, including the Industrial Technology Research Institute (ITRI, comparable to Fraunhofer Institute, Top 100 Global Innovator Award). The ITRI researches industry-related, application-oriented and contributes with its services to promoting innovation and competition. In 2017, 3.3% of GDP was spent on research and development (R&D).