The favorable location of Thailand in the heart of Asia enables the country to weave a close trade network with the economic giants India and China, among others. As the second largest economy in Southeast Asia, Thailand relies primarily on the production of food and tourism as the most important component of the service sector. 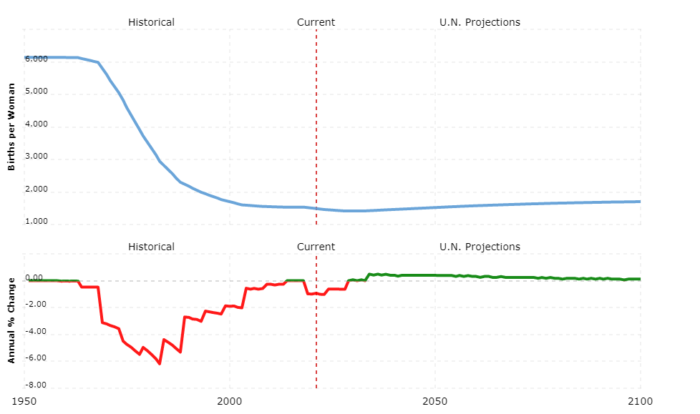 With an area of ​​513,120 km 2 and a north-south extension of approx. 1,600 km, Thailand occupies a considerable part of the land area of ​​Southeast Asia. The country extends from the southeastern foothills of the Himalayan Mountains to the Mekong in the east, further south to the Gulf of Thailand (marginal sea of ​​the South China Sea), roughly to the middle of the Malay Peninsula and to the Andaman Sea (marginal sea of ​​the Indian Ocean) in the southwest. Thailand borders Myanmar to the north and west, Laos to the northeast and east, Cambodia to the southeast , and Malaysia to the south .

Thailand has a great variety of landscapes. The north of the country is occupied by the Thai mountainous country, which often exceeds heights of 2,000m and reaches the highest elevation in Doi Inthanon, 2,595m . The west of Thailand is shaped by the foothills of the inner-Asian mountain system. This is divided into several north-south chains with intermediate basins, which are crossed by rivers at different altitudes. The summit line of the central chain forms a large part of the border between Thailand and Myanmar and continues south to the Malay Peninsula.

The northern highlands border on the central plain, which is considered the heartland of Thailand. Several rivers, including the Nan, Ping, Wang and Yom, unite in this lowland and form the Chao Phraya watershed, which with its 90 km wide delta and numerous river arms and canals feeds water to the fertile land and into the Gulf of Thailand flows out. At the upper end of the gulf lies the metropolis of Bangkok, which is part of the Chao Phraya Delta.

To the east and northeast, up to the border with Laos, which is formed over large stretches of the Mekong, the 150,000 square kilometer Khorat plateau connects . This takes up about a third of the total land area of ​​Thailand and is separated from the central region by pronounced mountainous areas. As a region that is dust-dry in summer and heavily flooded during the rainy season, the plateau does not allow intensive agriculture.

In the south, mountains and miles of sandy coastline shape the landscape. Even here, the highest point, the Khao Luang, reaches an altitude of 1,790m. While the west coast of Thailand is divided by numerous smaller and larger islands, including Phuket, Lanta and Libong, spits and lagoon characterize the coast on the Gulf of Thailand.

The climate in Thailand is determined by the different types of landscape and the influence of the seasonally changing monsoons . The winter northeast monsoon brings continental air masses with it. It causes drought in northern Thailand and, due to the enrichment of the air with moisture over the Gulf of Thailand, rain in southern Thailand. The southwest monsoon in summer generally brings humid air masses and leads to precipitation across the country. The temperatures in Thailand fluctuate little over the course of the year. They are on average 28 °C in the south and 19 °C in the north.

Thailand has been a constitutional monarchy since 1932. In December 2016, Crown Prince Maha Vajiralongkorn Phra Vajiraklaochaoyuhua was proclaimed the new King (Rama X) and crowned in a ceremony in early May 2019.

After a military coup on May 22, 2014, a military government under General Prayut Chan-o-cha was in power until July 2019. The military was well represented in both the government and the National Legislative Assembly. In addition, according to the interim constitution of July 2014, the Military Council (“ National Council for Peace and Order (NCPO)”) had extensive powers and the right to make final decisions in all legislative, executive and judicial matters.

After several postponements, the first elections for the House of Representatives since the military coup took place on March 24, 2019. In the context of the elections there were allegations of irregularities and international observers were not allowed. The election took place in accordance with the 2017 Constitution established under the NCPO military junta. Prayut was elected Prime Minister on June 5, 2019 and formed a coalition of 19 parties. The new government was sworn in by the king on July 16, 2019. Many cabinet members retained their positions from the time of military rule. According to the official government program, the goals of the new cabinet are to protect the monarchy, guarantee security and peace, preserve religion and culture and strengthen Thailand’s role in the world.

During the times of military rule, the position of the military was built up and expanded with numerous measures. According to the constitution of April 6, 2017, the military will retain its strong role for a longer period – even after future parliamentary elections and the formation of a new government. The military’s growth in power has continued after the last parliamentary elections in March 2019. Freedom of assembly and expression are still partially restricted. The inauguration of the civil government is seen as an important sign of the ongoing democratization of Thailand.