Tunisia is one of Africa’s leading science nations and is the only Arab and African country to date to be associated with Horizon 2020, the EU’s major framework program for research and innovation. There are traditionally good university relations between Germany and Tunisia, among other things the two countries have one of the oldest government scholarship programs. The academic exchange is further intensified by the DAAD, which has been present in Tunis since 2012. A special focus of the cooperation is on vocational education and training. 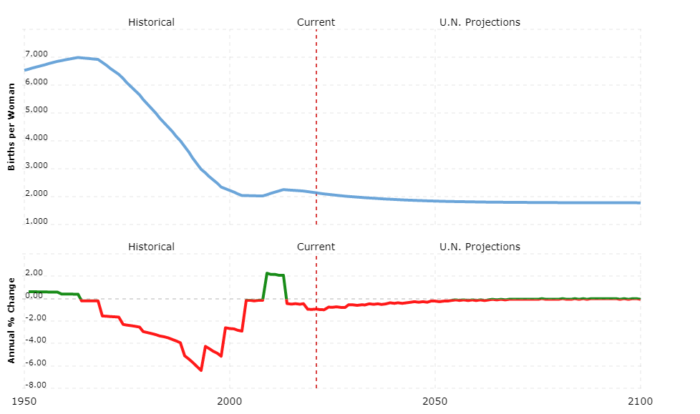 Tunisia is located in North Africa and borders the Mediterranean Sea to the north and east, Algeria to the west and Libya to the southeast. The Tunisian Mediterranean coast is 1,148 km long, the land border with Algeria measures 965 km, the border line with Libya 459 km. At only 140 km from the coast of Sicily, Tunisia is the northernmost state in Africa and, with an area of 164,150 km², it is also the smallest of the North African countries bordering the Mediterranean.

The national territory of Tunisia includes parts of various geographic areas that offer the residents very different living conditions due to their special topographical and climatic conditions.

The northern Tunisian mountainous region is characterized by the eastern foothills of the Atlas Mountains. Along the northern Mediterranean coast run coastal mountains that slope steeply to the sea – in the Tunisian-Algerian border area the Kroumirie, which merges to the east into the flatter Mogod mountains. On the southern, leeward side of the coastal mountains is the fertile valley basin of the Medjerda, the 450 km longest river in Tunisia, which is the only river in the country to carry water all year round and at the same time for 82% of Tunisia’s freshwater resourcesstands. Important parts of Tunisian agriculture are concentrated in the lower reaches of the Medjerda.

The Tunisian central ridge, the Dorsale, begins south of the Medjerda valley. This multi-parted ridge extends over 220 km from the Algerian border in a north-east direction to the Cap Bon peninsula and also includes the highest point in Tunisia, the Djebel Chambi (1,544 m). To the east of the Dorsal, between Hammamet and Mahdia, lies the flat and precipitation-rich coastal region of the Sahel (Arabic: “plain”), which forms another focus of Tunisian agriculture.

The central Tunisian steppe extends south of the dorsal and north of the southern Tunisian Sahara from the Algerian border almost to the Mediterranean. It is characterized by dry valleys, the wadis, has significant phosphate deposits in its southern part and is bordered to the south by the Schott depression, which extends from Algeria into the country. This depression lies below sea level and is characterized by salt lakes (“Schotts”) such as the Chott el Djerid and numerous oases.

Southern Tunisia is shaped by the Sahara with the Eastern Great Erg. The stepland with the limestone massif of the Dahar further to the west separates the Sahara from the Djeffara plain, which stretches along the coast from Gabès to Libya.

In terms of climate, Tunisia is characterized by strongly regionally different temperatures and rainfall. On the coasts, the Mediterranean ensures a relatively balanced climate, which, however, gives way to an arid continental climate towards the interior. In the desert areas south of the Schottsenke, on the other hand, there is a desert climate characterized by extreme temperature differences and almost year-round drought. The increasing irregularity of precipitation as a result of global warming often leads to droughts, especially in the central Tunisian steppe areas, some of which are still usable for agriculture.

Tunisia is a free, independent and sovereign state according to the constitution of 2014 whose religion is Islam, whose language is Arabic and whose form of government is the republic. The country is still centralized and has 24 governorates. The revolution of January 14, 2011 with the flight of the previous President Ben Ali had led to a phase of political transition. On October 23, 2011, a constituent national assembly was elected, which passed the new democratic constitution on January 26, 2014.

The new constitution provides for a mixed system of government for Tunisia, in which the prime minister has to be mandated by the president to form a government and confirmed by parliament. The prime minister determines the guidelines of politics, with the exception of foreign, security and defense policy, which are the responsibility of the president, who is directly elected by the people.

Tunisia was shaped by autocratic presidential regimes from 1956 to 2011. Since the 2010/11 popular uprisingruled six prime ministers with nine cabinets. The first phase after President Ben Ali’s escape on January 14th, 2011 was shaped by transitional governments, supported by a high authority, to achieve the goals of the revolution as a substitute parliament. From the free and fair elections to the Constituent Assembly, a coalition of Muslim Democrats, Social Democrats and left-wing liberals (“Troika”) emerged, which after two political murders of well-known opposition politicians in 2013 gave way to the pressure of the streets and through the mediation of a quartet for political dialogue from the trade union federation, employers’ association, bar association and human rights league (Nobel Peace Prize 2015) had to give way to an expert government.Parliamentary and presidential elections were held at the end of 2014. While the 2014 election campaign was still marked by strong polarization between the secular and the religious, after the election victory of President Essebsi and the Nidaa Tounes he founded, the principle of consensus gained the upper hand.

The free and fair parliamentary elections in 2014 resulted in a grand coalition, which has ruled since 2015, led by the secular-conservative party Nidaa Tounes and the Islamic party Ennahdha. A “ government of national unity ” under Prime Minister Youssef Chahed (Nidaa Tounes) has been in office since 2016, and in 2017 and 2018 it underwent radical restructuring. Its government program is laid down in the so-called “Pact of Carthage”, which was signed by nine parties as well as the employers’ association (UTICA), the trade union federation (UGTT) and the association of farmers and fishermen (UTAP).

The conservative law professor Kaïs Saïed emerged as the clear winner from the presidential elections on October 13, 2019.

Tunisia is a predominantly Muslim country. The proportion of the Christian and Jewish minority is less than one percent of the population. The new constitution of 2014, like the constitution of 1959, guarantees religious freedom. The Islamist forces were unable to assert themselves with their demand that the Islamic legal system of Sharia be anchored in the constitution. Instead, the principle of a civil state is enshrined. In society, however, an increasing return to Islamic values ​​and ways of life has been observed since the revolution (clothing regulations, observance of fasting in Ramadan). The transitional governments have tried with increasing success to control the country’s mosques in order to reduce the influence of radical preachers (Salafists).