Since 2014, Ukraine has been increasingly orienting itself towards the west and the European Union. Germany is an important cooperation partner in education and science and supports the country in the necessary reforms. 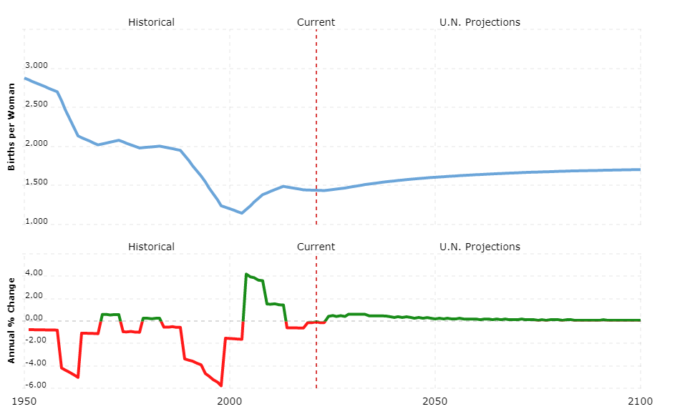 With 603,700 km², the Ukraine is the largest and most eastern country in Europe after Russia and the third largest member state of the CIS (Commonwealth of Independent States). It borders the Black Sea and the Sea of ​​Azov in the south, Romania and the Republic of Moldova in the south-west, Hungary, Slovakia and Poland in the west, Belarus in the north and finally the Russian Federation in the north-east and east.

The river that determines Ukraine, its geography and history is the 2,285 km long Dnipro (Dnieper), which divides the country into west and east. Three huge reservoirs provide both water storage and energy supply for the country.

The area of ​​Ukraine forms the western part of the Eurasian steppe belt. The northern border with Belarus, Polessia, is characterized by the Pripyat swamps. This is followed by a strip of mixed forest to the south. It extends to the right of the Dnieper over the area of ​​Volhynia in the north, the Galicia reaching into Poland in the north-west and the area of ​​Podolia in western Ukraine.

Central and eastern Ukraine are dominated by a forest and steppe area. The black earth soils here are extremely productive, which is greatly favored by the mild climate and the long growing seasons. The forest steppe changes into natural steppes, which are treeless except for the river banks and which are salty in the extreme south and east as a result of severe drought.

Eastern Ukraine is divided into the so-called Sloboda-Ukraine around Kharkiv in the north and the Donets Basin in the south.

There are only a few mountain ranges in Ukraine, namely in the Forest Carpathians in the far west of the country on the border with Slovakia and Romania. There is the 2,061 m high Gowerla, the highest mountain in the country. In addition, the Jailagebirge rises on the south coast of the otherwise flat Crimean peninsula with bizarre rock formations up to 1,500 m high. (Note with regard to the political events in 2014: From the perspective of the Federal Government, Crimea still belongs to Ukraine under international law, but is currently actually controlled by Russia.)

The wooded areas in the west and north have a height between 200 and 400 m in common. The southern and eastern Ukraine essentially consists of flat lowlands below 200 m, which are crossed by the largest rivers – Dniester, Bug, Dnipro and Donets.

Most of Ukraine belongs to a moderate climatic zone, while the Crimea has subtropical climatic conditions. The north and northeast is dominated by the continental climate, with cold winters and warm summers. Most of the precipitation falls in the mountains and in the Carpathian Mountains.

According to the constitution of June 28, 1996, Ukraine was a presidential democracy. Politics and administration were strongly oriented towards the President as the central constitutional institution and expression of state power. On October 1st, 2010 the Ukrainian Constitutional Court declared a comprehensive constitutional amendment from 2004 in the course of the “Orange Revolution” to be unconstitutional and therefore invalid for procedural reasons. The 1996 constitution then applied again. The president could now reappoint and dismiss the cabinet without parliamentary approval.

Ukraine has not come to a complete rest since the “Euromaidan” protests began in November 2013. Around 100 people were killed in clashes with security forces in February 2014. In February 2014 the government lost its majority to the opposition due to numerous resignations from the government faction “Party of Regions”.

Ukraine is in a difficult situation of upheaval, which is characterized on the one hand by the illegal annexation of the Crimean peninsula by Russia and the conflict in eastern Ukraine, on the other hand by reform efforts. Heavily armed pro-Russian separatists are fighting against official Ukrainian forces in eastern Ukraine and have joined forces in the unrecognized “People’s Republics” of Donetsk and Luhansk.

After Viktor Yanukovych had fled, parliament decided to elect the new president, which Petro Poroshenko won in May 2014 in the first round with a large majority in all regions of the country (54.7 percent in total). Poroshenko called early new elections in August 2014, which took place on October 26, 2014. After the final failure of the five-party coalition government under Prime Minister Yatsenjuk in February 2016, the two largest parliamentary groups, BPP and Narodny Front, were able to agree in April 2016 to form a new coalition, which, however, did not have a mathematical majority in parliament and was therefore dependent on agreements with other political forces (source: Foreign Office).

In the presidential elections in April 2019, political satirist and newcomer Volodymyr Zelenskyi swept incumbent Poroshenko out of office with a historic result (almost 75 percent of voters voted for Zelenskyi in the second ballot). Early parliamentary elections were held in Ukraine on July 21, 2019, after the newly elected President Zelenskyi called new elections in his inaugural speech on May 20. According to international and national election observation missions, the early parliamentary elections were largely free and fair, and in accordance with Ukrainian law and democratic standards. Zelenskyi’s party “Servants of the People”, which relied exclusively on political novices, conquered the Verkhovna Rada at once.

On August 29, 2019, the first session of the Verkhovna Rada took place. Oleksiy Honcharuk was elected as the new Prime Minister. His Cabinet of Ministers now comprises 17 ministries instead of 25, as several ministries have been dissolved or merged with others. With an average age of 39, it was the youngest cabinet of ministers in the history of Ukraine, to which the new young education and science minister Hanna Novosad also contributed.

On March 5, 2020, a cabinet reshuffle took place after a government crisis, as a result of which Dr. Liubomyra Mandsii has been appointed Minister of Education and Science (previously Vice Minister).