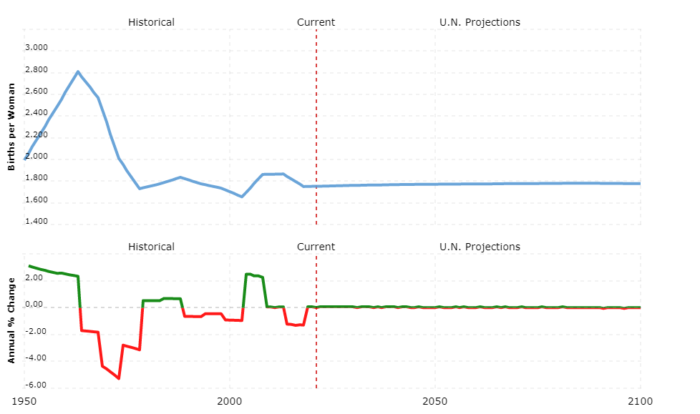 The United Kingdom is a hereditary parliamentary monarchy with a cabinet government accountable to parliament. There is no codified constitution. The crown has predominantly formal powers, while the head of government has a strong position in the cabinet and party.

Head of state has been Queen Elisabeth II since 1952, Prime Minister Theresa May since July 13, 2016 (head of the Conservative Party since July 11, 2016 in the first term of office); Secretary of State is Jeremy Hunt.

The cabinet has around 20 members; Including ministers of state and parliamentary state secretaries, the government consists of around 100 politicians, all of whom must be members of parliament. The largest opposition party in each case traditionally forms a “shadow cabinet”.

The United Kingdom is centrally governed and administered, but in the course of “devolution” (decentralization) since the 1990s, competencies have been transferred to varying degrees to the sub-nations of Scotland, Wales and Northern Ireland. In the aftermath of the failed Scottish independence referendum in 2014, further powers were transferred to Scotland, which also have an impact on the devolution structure in the other parts of the country. England, the fourth and largest nation in the United Kingdom, has no executive and legislative branches of its own. For England this is Westminster-Parliament is the only legislative body; however, since the end of October 2015, British MPs have had a de facto veto on matters that only affect England.

The Channel Islands (including Jersey and Guernsey) and the Isle of Man belong to the Crown as crown possessions (“ Crown Dependencie s”), but are neither part of the United Kingdom nor part of its overseas territories, they are not part of the EU.

The House of Commons with 650 seats, elected according to the majority system, is the center of political power. The House of Lords has almost 800 members; In addition to a maximum of 92 heirs (nobility) and 26 bishops, these are former politicians, business representatives, artists and scientists who are appointed for life (“ life peers ”) on the proposal of the government. The House of Lords has a suspensive veto right against certain legislative proposals. In 2009 the judicial powers of the “ Law Lords ” of the House of Lords were transferred to the newly created “ Supreme Court ”.

Since the early elections on June 8, 2017, Prime Minister Theresa May has reacted with a minority government (” Hung Parliament “). The Conservative Party currently has 317 seats in the lower house. The minority government is supported by the Northern Irish DUP with 10 seats. The Labor Party currently has 257 seats. In addition, the seats in the lower house are distributed as follows: 35 for Scottish National Party, 12 for Liberal Democrat, 7 for Sinn Féin (vacant), 5 for Independent, 4 for Plaid Cymru and 1 seat for the Green Party and a speaker. By-elections have meanwhile postponed the original allocation of seats.

In September 2011 the ” Fixed-term Parliaments Act 2011 ” came into force, which introduced fixed legislative periods of 5 years. Since then, the prime minister can no longer dissolve parliament without authorization and have it re-elected. The next regular general election will take place in 2022. City and county council elections are held regularly on the first Thursday in May of each year, as appropriate.

Early elections were held in Northern Ireland on March 2, 2017. A government has not yet been formed due to a lack of agreement. The political landscape in Northern Ireland is shaped by the two camps of Protestant Unionists and Catholic Republicans. The DUP (Unionists) is the strongest force with 28 of a total of 90 seats in the Northern Ireland Assembly (Parliament). Sinn Féin (Republican) has 27 seats.

The Scottish National Party (SNP) has ruled Scotland since May 2007. In the Scottish regional elections in 2016, the SNP remained by far the strongest party, but lost an absolute majority and has governed as a minority government ever since. On September 18, 2014, a referendum on the independence of Scotland took place on the basis of the so-called “ Edinburgh Agreement ”, in which 55.3% of those entitled to vote were against independence and 44.7% were in favor. As a result of the referendum, Scotland gained additional delegated powers. By law (3rd Scotland Act) the responsibility for setting and collecting income tax was transferred from London to Edinburgh.

In the 2016 regional elections in Wales, Labor emerged as the strongest party with 29 seats despite votes and lost seats and has led a minority government ever since. The Welsh Assembly in Cardiff has very limited legislative powers compared to the Scottish Parliament, but a referendum held in March 2011 allows it to pass its own legal norms within this limited framework without – as before – having to be approved by the central government in Westminster. In contrast to Scotland, the independence movement is weak in Wales with only 15% supporters.